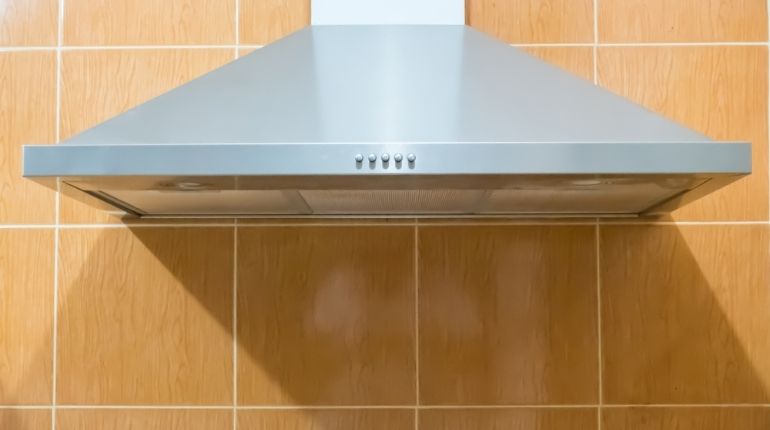 Without a properly installed cooker hood, your house can become overwhelmed with cooking smells and moisture. Of course, home-cooked meals smell delicious, but odours can linger for hours after a meal and permeate into fabrics. No one wants to smell that chicken vindaloo as they lay in bed at night.

Cooker hoods extract potent odours, steam, grease, and gases from the air, into a unit where they’re neutralized by a carbon filter or vented outside. Both recirculating and vented cooker hoods are highly effective additions to any kitchen, especially small kitchens without much ventilation, such as flats.

When shopping for the best cooker hood extractor, you might be wondering whether to buy one that recirculates or vents. So today, we compare these two options in more detail.

Difference Between Recirculating and Vented

Vented or circulating are the typical terms that you will come across when choosing a new extractor hood. At first glance, this difference between the two appears to be simple, but if you take a closer look at how they work, the decision is much more difficult. Each of the two types has its advantages and disadvantages and not every kitchen supports the option of installing an externally vented hood.

The air circulates in the room, while the fats and grease contained in the vapour are trapped in the grease filter. The large carbon filter works to reduce smells, so this double filter system cleans and deodorises the air that it vacuums up, before expelling out the top and back into the kitchen.

Vented air hoods on the other hand, after passing through a grease filter, the smelly air is transported through ducting to a vent on the outside of the building. That is the big difference between the two types of cooker hoods. As you can see, these have different advantages and disadvantages, which we’re going to cover in more detail.

The installation of the extractor hoods is quite different. The recirculation version has a great advantage in that it can be installed anywhere, and without any need for ducting out creating holes on ceilings or walls. Only drill holes to mount the hood and a power supply is needed to get started.

A vented hood, on the other hand, flue pipes have to be embedded in the wall, which is a great effort if your kitchen doesn’t already have these available. Depending on the type and thickness of the walls, the costs to vent a cooker hood outside can be very high.

In both variants, the grease is absorbed by a grease filter and thus the air is cleaned. This protects against greasy deposits in the kitchen that rise up with the vapours leaving greasy marks on walls and ceiling. Excessive grease build-up is not just unsightly but can be a fire hazard, especially if the work surfaces and walls are not cleaned for a long time.

A vented hood transports more of this smelly greasy air out of the kitchen, so offers better air cleaning over recirculating models. The grease filters must be cleaned at regular intervals, regardless of which type of cooker hood you have. Thankfully, these filters can easily be cleaned in a dishwasher. Do not miss this, otherwise, the filters will become clogged and no matter which type of cooker hood you have, they won’t be able to work.

If more vapours are led out of the kitchen and not just cleaned by filters, bad odours are minimised. In this regard, cooker hoods that vent outside are much better at removing smells, because the carbon filters in recirculating cooker hoods do not remove smells entity, they reduce odours, so some are expelled back out into the kitchen.

If you have thin walls and don’t want to disturb your neighbours, then a vented cooker hood is slightly quieter than a recirculating cooker hood.

Because vented hoods don’t have a large carbon filter, there is less noise from wind resistance, as the air is able to flow more smoothly through the fans, and because the air is blown into sealed ducting, there is much less noise. Recirculating cooker hoods on the other hand vent air straight out of the top of the cooker hood, so is louder.

Since the damp steam is not led outside when a recirculating cooker hood s being used, more moist air from steaming pots and pans is blowback into the kitchen, instead of outside. So again, vented wins on better moisture extraction.

If the moisture cannot escape, mould could form over time, which is not only bad for your health but can also result in high costs in terms of possible renovations. Mould is aggressive and can eat its way into the plasterboard if it gets out of control. It’s always a good idea to keep moisture levels down in the home.

Don’t let the energy efficiency of recirculating hoods fool you. Although these are not as effective, heating costs are saved significantly over the winter. Since exhaust hoods transport heated air from the living space to the outside, there is a loss of energy that must be compensated for.

In this case, you will need more energy to compensate for the deficit caused by using the steam extractor. If you are careful not to waste too much energy, a hood with circulating air is better in this case.

The activated charcoal filters are an ongoing expense, as they have to be replaced every four to six months. These cost between 15 – 25 pounds and the change must be made on your own if you do not want to bear any further costs. No activated carbon filter is required for vented hoods.

Based on these tips, it can be said that vented air or recirculation air is completely dependent on your living situation, the possible costs and the effort involved in installation and maintenance.

If you cook a lot and are a homeowner, a vented hood is definitely more recommendable, as it better at removing smells, moisture, and reducing noise levels.

Alternatively, you can opt for an extractor hood that supports both functions. These are referred to as switchable and are often installed in energy-saving houses, as the exhaust air function is mainly operated over the summer while circulating air is used over the winter, which significantly reduces electricity costs over the year.