How to Make An Electric Shower More Powerful 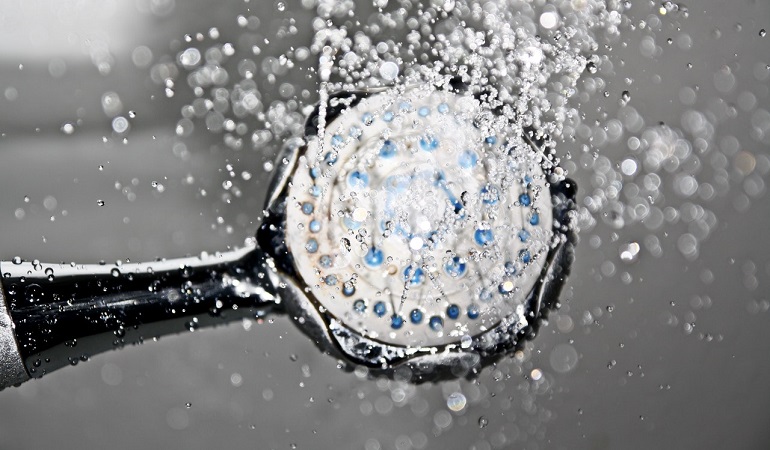 Electric showers work by taking cold water directly from the mains and running it past a heating element in order to produce hot water straight out of the shower head. For a satisfying jet of water, electric showers should only be installed where a property has a minimum of one pressure bar (a bar is the unit of measurement for water pressure).

However, some homeowners may want to install an electric shower in a property with less than one bar, or to boost the pressure of their existing electric shower for an experience similar to a power shower.

How to know if you have low pressure

UK water boards guarantee a water pressure of at least one bar on mains water, which is the minimum pressure needed for an electric shower to work effectively.

For this reason, it is not recommended to install an electric shower at a property with a gravity fed boiler system, as the cold water tank would need to be at least 10 metres higher than the shower.

You have a gravity fed system if your cold water tank is in the loft and you have a hot water tank in the airing cupboard.

If you have a combi system, where the wall-mounted boiler is in either the kitchen or a cupboard, or an unvented system, where all the water is stored in a hot water tank in an airing cupboard, then your electric shower can connect directly to the mains and you will have at least one bar.

This is because you chose a model with a lower kilowatt power (kW). The higher the wattage the more powerful the shower, but also the more expensive. If you chose an economy model, your electric shower might feel as if the water is low pressure.

If you suddenly experience low pressure, then it might be a plumbing issue or leak somewhere in the shower system.

Check The Shower Hose for Leaks

If you’ve noticed that your electric shower isn’t as powerful as it once was, then your hose could be leaking or deteriorating. Most shower hoses will have an outer metal casing and an inner rubber hose. This inner rubber hose can slit, which is hard to spot.

You need to check for leaks along the hose as the shower is running. If you find any leaks at the connection points or along the hose itself, replace them. This is an easy fix as shower hoses are universal fitting, so any hose will do the job.

If it’s just the shower that is affected, then check the head. Although most electric showers come with limescale prevention, which works by running cold water through the head after your showering is finished, some limescale will still build up.

This clogs the nozzles and blocks the water from flowing out. A quick wipe over with a damp cloth should clean off most of the limescale, or use a bathroom cleaner for more stubborn buildup.

More: How to Clean a Shower Head

Supposing the water still doesn’t flow through at its usual rate, make sure the hose isn’t blocked or damaged. Sometimes just a kink in the hose is enough to stop the water flow. Finally, check the pipe to the shower isn’t blocked and that the filter is clean.

A severe blockage to either the pipe or the filter might require a plumber to unblock. Do not disassemble an electric shower without seeking professional advice.

Some of the best electric showers are fitted with water restricting heads. This works exactly as it sounds, the flow of water through the head is restricted. On the plus side, you use less water, but on the negative, you get a less forceful shower. To fix, simply unscrew the head and replace it with a normal, non-restrictive model.

As water flows through the pump, a propeller churns the water and pushes it up the shower hose and out the head at a greater force, giving you a high pressure showering experience. Depending on your existing plumbing and the model of type, you may be able to complete the installation yourself.

This last fix is only recommended for old properties in need of renovation, as it involves gutting the existing plumbing entirely. In addition to replacing the pipework, a plumber will remove the could water tank and install a pressurised unvented cylinder. This boosts the water pressure throughout the house.

We hope this guide on how to make an electric shower more powerful has been helpful. If you enjoyed it, please share it on social media.