Can You Get an Electric Rain Shower? 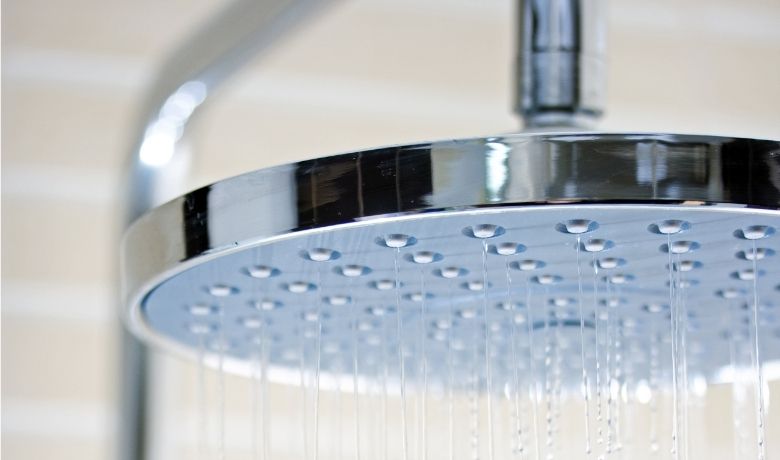 Most mixer showers have either a square or circular overhead rain shower head, accompanied by a handheld shower head. They look super sleek and stylish, and there’s a feeling of luxury showering under one of those large rain heads.

Of course, some homes only have an electric shower setup, which might have you wondering if there are any electric showers with an overhead rain shower.

Well, I’m pleased to tell you that electric rain showers are available to buy, but range is currently quite limited and they can be slightly more expensive than your basic electric shower.

Function and style are as important for modern homeowners in their bathrooms as any other room and they often want a shower unit that will deliver both. A rain shower head is a timeless fitting that could add elegance and comfort to your bathroom or wet room.

If you prefer an electric shower to a more traditional thermostatic mixer unit, what rain shower options are on offer to you? Read our article to find out.

What is an electric rain shower?

Essentially a rain shower is one in which the shower head produces a spray like rainfall, an effect which many find calming and relaxing. The shower head can be mounted on the ceiling or wall, and either recessed or attached using a shower arm. A ceiling-mounted shower head will give the most natural and rain-like result.

An electric rain shower is a type of rain shower where the water for the shower is drawn from the cold water supply and heated via an internal element as needed. This is in contrast to the way in which standard pump-assisted showers or power showers get their hot water.

Electric showers are often a lower pressure experience than standard or power showers. With rain shower heads the intention is to create a calm and natural sensation which can make this lower water pressure an advantage rather than a disadvantage.

Rain shower heads are designed to produce the appearance and sensation of rainfall in your shower for a natural and relaxing experience. General shower heads simply allow a particular pressure and flow of water, often with 2-4 adjustable settings but do not attempt to simulate rain.

Both types of shower heads are available with different designs and dimensions to suit the size and style of your bathroom.

Rain shower heads often come in at least four different sizes:  8”, 10”, 12” and 16”. For very large bathrooms, you may also be able to find rain shower heads right up to 32” or 40”, potentially with a waterfall option.

How does an electric shower differ from a thermostatic mixer shower?

Electric showers have their own internal heating element and heat water taken directly from the cold water supply. This makes them a quick and responsive type of shower and means that they are not reliant on your boiler or other hot water storage.

The separation from the boiler also means that there can be more flexibility over where they are installed in your home, including areas that might not be accessible for the main hot water supply system.

Standard showers and pump assisted power showers, generally have a thermostatic mixer mechanism. This uses hot and cold water from the domestic hot water tank heated by your boiler.

Households with limited boiler capacity or unusual layout often appreciate the versatility of an electric shower. Depending on the type and age of your current boiler, and the cost of your electricity and gas tariffs, an electric shower can be a cheaper option than standard thermostatic mixer showers.

If you’re already looking for an electric rain shower for your home, we recommend that you start by taking a look at these three great showers:

This electric rain shower includes advanced features such as Mira Sensi-flo™ technology which protects against sudden surges of hot water, and Mira Clearscale™ technology which can reduce limescale by up to 50%, keeping your shower in good working condition for longer.

Energy Efficiency Class A appliance, with an Eco setting allows you to save even more power and water, reducing the environmental impact of your household every day.

This electric shower has both temperature and flow stabilizers to guard against sudden hot surges and maintain a constant water flow even during low-pressure fluctuations.

Two power settings built in, suitable for warmer and colder times of year. Adjusting the power to the 5KW eco-friendly setting should not compromise the shower function or experience.

Significantly cheaper than the Azora Dual, the Mira Jump Dual electric shower is a neat and practical shower fitting which still contains all essential features such as a 200mm overhead deluge shower head and smaller handheld head.

Includes Mira Clearscale™ technology which reduces limescale by up to 50% for a longer working life for your shower, and an Eco setting which allows you to save power and water.

A great budget option to replace your existing electric shower.

If the idea of washing each morning or evening under a gentle, tropical rainfall sounds like something you’d like to get used to, then an electric rain shower could be for you.

We hope we’ve given you a good introduction to these showers and that you are now well equipped to find the right electric rain shower for your bathroom size, budget and tastes.