How to Clean Mould From Washing Machine Drawer 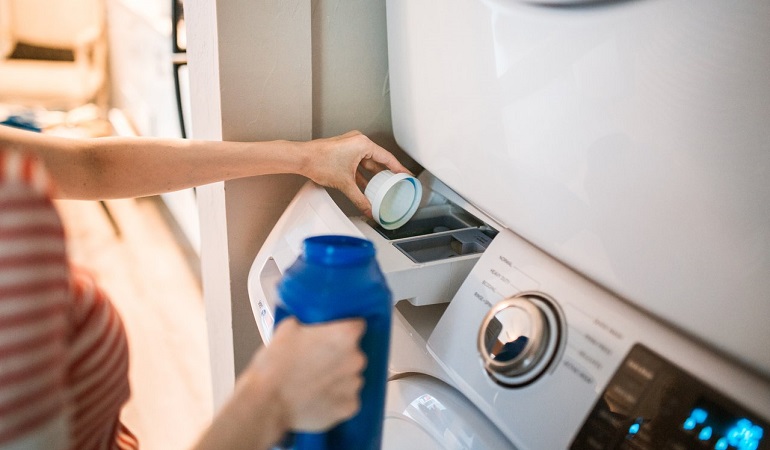 Washing machines are built to take the sweat, dirt, and stains out of your clothes. But what happens when your washing machine drawer gets dirty? Can this affect its ability to clean your clothes? Worse, can it pose health hazards?

Mould can grow in parts of your washing machine, particularly the parts that are left damp. Slimy substances and dried-in soap powder residue can build up on drawers.

Fortunately, there are ways to clean the machine. If your washing machine detergent drawer has dirt, scum, or mould in it, don’t panic. You can follow these simple steps to solve the problem.

Cleaning a Dirty Drawer: The Steps

If you have a portable steam cleaner, you can use that for drawer cleaning as well. It may be easier than scrubbing. Just be careful not to place the steam too close to the machine’s control panel or any other materials that may be damaged by heat.

About the Mould in Your Machine Drawer

There are well over 100,000 different kinds of mould. Many occur naturally in nature, with others commonly found on expired foods. But only two substances are likely to grow inside your washing machine.

The first is black mould. This substance may build up inside the detergent drawer and on top of the door seals. Black mould thrives in damp and dark conditions, which is why heat lamps are sometimes used to prevent it.

The second is biofilm. Rather than being a fungus, a biofilm is a collection of bacteria or other microscopic organisms. Biofilms appear slick and slimy. You’ll usually see this slime around and inside the detergent drawer.

Black mould is dangerous because of its ability to release spores. These spores travel through the air and can cause lung damage if inhaled. For people with respiratory issues, the spores can trigger coughing fits and asthma attacks.

Smell Coming from the Washing Machine

If your dependable washing machine smells unpleasant, that’s an indication that something needs to be cleaned. Clothes may smell mildew if they’re left damp for too long. The machine itself may smell pungent if there’s black mould in the door, drum, or drawer. Try using Dettol Anti Bacterial Washing Machine Cleaner every 2 months to keep your entire machine clean.

Mould isn’t always the cause of bad smells. You might also smell something rotten if there’s an issue with the sump house, a contaminated filter, or a contaminated tub.

Mould and biofilm can both pose health risks, but it’s easy to clean them. All you need is soap, a cloth, and a toothbrush.

Make sure to be thorough in your cleaning. If you don’t clear away all of the contamination, it’s more likely to grow back.